XBOX One HDMI port can get damaged.
XBox 1 HDMI socket repair requires the broken socket to be fully desolated and removed from the Playstaion. This is a complex repair and should only be attempted by a skilled engineer. We then insert and solder a new socket in its place. Our work is as good as the original provided the state of the board is good.
We normally have stock of the HDMI port for XBox 1 so can complete the repair in just a few days depending on our job queue. 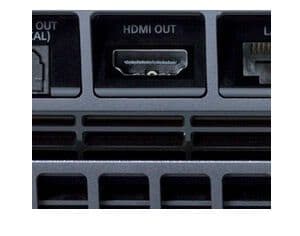 Jahi Laptops can repair the damaged laser inside your Xbox.

There are many different models of Laser used in Xbox so please bring your device in so we can provide a firm quote.

Another possibility is that your Xbox needs a service, we can do that too. 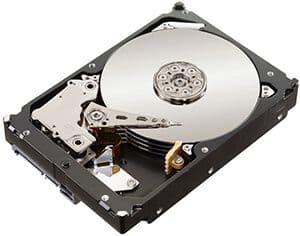 You can install up to 2TB of storage in a XBOX One. That's four times the size that is supplied with your new XBox 1.

Jahi laptops can upgrade your XBox 1 the same day if we have the necessary hardware in stock. All upgrades come with six month warranty.

Please call for a quote on your XBOX One upgrade. Prices vary by the size and type of drive required.

Aberdeen XBOX One upgrades, twice the warranty of most other service centres. 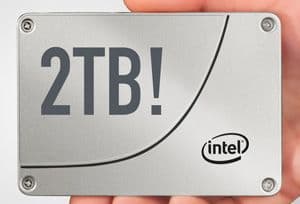 You can install up to 2TB of storage in a XBOX One. That's four times the size that is supplied with your new XBox 1.

Jahi laptops can upgrade your XBox 1 the same day if we have the necessary hardware in stock. All upgrades come with six month warranty.

Please call 01224-443006 for a quote on your XBOX One upgrade. Prices vary by the size and type of drive required.

Aberdeen XBOX One upgrades, twice the warranty of most other service centres. 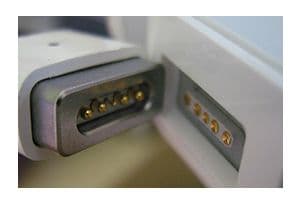 Other Related Issues With XBOX

HOW TO FIX XBOX ONE UPDATE PROBLEMS

If you see a message that you are out of space, go to My Games & Apps, find a game you don’t play anymore or a beta that is done, highlight it then press menu on the Xbox One controller and Un-install. Now try to install the update.

When you see a message that there was a problem with the update, you may need to check your Internet connection. Go to Settings, Network and then Test Network Connection. This will find any issues and walk you through potential fixes.

If you are stuck on the Xbox One

Green Animation after installing an update hold the front button on the console for 10 seconds. Once it is off, unplug and wait 30 seconds then plug it back in and try the update again. If this fails and you are stuck on the green screen for 10 minutes or longer you need to use the Offline System Update Diagnostic tool. Users who see a black screen that lasts for 10 minutes should also run this tool.

How To Fix XBOX ONE Disc Problems

If the Xbox One will not turn on you will need to try a few different steps to fix this. In most cases you will not need to get a replacement for the Xbox One or the power supply, but that is a possibility.
The first thing to do is unplug all cables from the console and the wall, including the power supply. Wait 10 seconds. Do not skip this step. After waiting, plug the console back in and connect the power directly to the wall. You should now see a white or orange LED on the power supply.
Reboot the Xbox One.
Before going further, push the power button on the Xbox One and see if the light turns on. If it does, your Xbox One is getting power, but the screen may be blank.
Users who see a flashing orange LED or no LED at all will need to replace the power supply. Similar to the disc problems above, you may need to turn off Instant On Power Mode. Aberdeen XBox repair.
Make sure your Xbox One is on a flat surface and that you don’t block the fans built in. You should also try to plug the cord directly into the wall and to try another outlet.

How To Fix XBOX ONE TV Screen Is Blank

When you try to play the Xbox One and the TV screen is blank you should try restarting the console. If that also fails you should check all your connections and try unplugging the console completely for 10 seconds.


Gamers who connect through a receiver of some kind should try connecting without it once. If that fixes it, try turning on your TV and waiting until the screen shows a picture, then the receiver and then the Xbox One. Make sure the TV is set to the right HDMI connection. Aberdeen XBox repair.

How To Fix XBOX ONE  Live Problems

The first thing to do if you cannot connect to Xbox Live is to check the status of the service online. When problems are with a specific game, look for the status of those servers.
If Xbox Live is online, but you are having problems, you should turn your router off and then back on. That can solve many problems.
You should use the built-in Xbox Detailed Network Statistics tool in settings to check how fast your internet connection is. If you don’t have a connection that delivers 3Mb/s down and 0.5Mb/s up reliably you may not be able to play games. Aberdeen XBox repair.

If you have Xbox Live problems on your Xbox One, you can wait for more information from Xbox Support and check the Xbox Live status page for more details. You may need to restart your Xbox One after the service is restored to gain full access.
Xbox Live Core Services are down which includes the following issues along with other service problems;
If you are able to sign in, you may be able to play online in some games alone, but may experience issues if you join a party. Aberdeen XBox repair.

You can sign up to get notified when the Xbox Live is back up with a text message when you sign into your Xbox Live account and enter a U.S. phone number.

Gamers who have voice chat problems or issues joining games should check the fix below. Aberdeen XBox repair.

How To Fix XBOX ONE Voice Chat Problems

Fix Xbox One NAT problems.
Other Xbox Live problems include the inability to hear people in a party. This can happen when someone is on a strict NAT or moderate NAT. Ideally you want to be on an Open NAT so that the Xbox has great communication to the Internet and can enable voice chat and playing games online reliably.
This will take some time and you will need access to your router and to your console to check and change settings. Use this guide from Microsoft to get started troubleshooting your Xbox One NAT problems.
Another potential solution is to put your Xbox One in the DMZ of your router or enable Quality of Service to prioritize the Xbox One and Xbox Live. Google your router and Xbox One settings to find specific help. Aberdeen XBox repair.

How To Fix XBOX ONE Does Not Recognize External Hard Drive

If you’ve added storage to your Xbox One with a hard drive so that you can install more games there are some times where it will not show up.
When this happens, power the console off. Unplug the hard drive from the USB port and then plug it back in and turn the Xbox One back on.
This should solve most problems with external hard drives. Aberdeen Xbox repair.

How To Fix XBOX ONE Game Install Problems

Sometimes you cannot install a Xbox One game. This can leave the game at 0% for a long time. This often happens when the system cannot download an update for the game. You may need to set the console to offline mode, cancel the download, eject the game and then power cycle it. Follow the steps in this guide to fix Xbox One game installation problems.

Some users report that the Xbox One is turning off randomly, preventing them from playing games. This is not as common, but arguably a bigger Xbox One problem than Kinect issues. When this happens the Xbox One may turn off and not immediately allow users to turn it back on. Aberdeen XBox repair.

Another common Xbox One problem revolves around the sound coming out of the Xbox One. Some users report that audio is very quiet, audio is missing or audio only coming out of one speaker. The Xbox One uses an HDMI cable and an optical audio cable to send sound to a HDTV or home theater, and this is the first place to look if you experience this Xbox One problem.
If possible switch to a new HDMI cable or optical cable to rule out a damaged cable. Most HDMI and optical cables are resilient, but it is possible to damage one. If this is the first time you are setting up an Xbox One with these cables, double-check your connections on the Xbox and the TV.
If this does not fix the solution trying resetting the Xbox One by unplugging everything after letting it sit for 2 minutes. Another possible fix is to check out the Xbox One Settings for sounds to see if things are configured correctly.
These solutions should fix the most common Xbox One problems, but if there are still issues that prevent users from playing Microsoft is the next step. Users can use the contact option on Xbox to talk with a support professional. Aberdeen XBox repair.